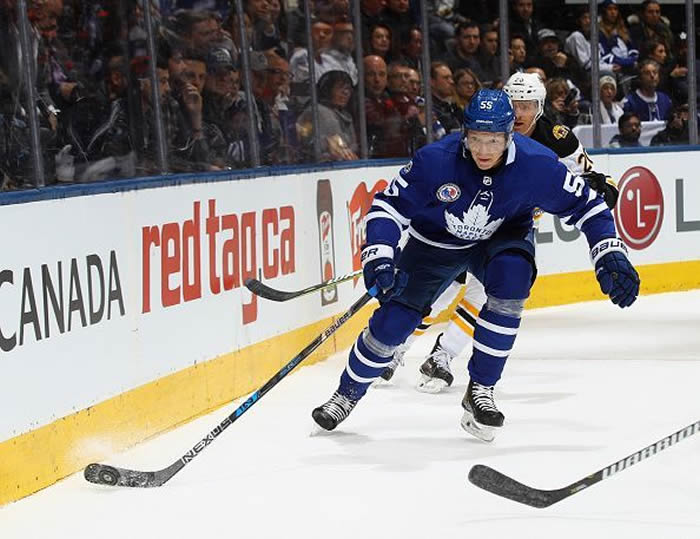 It seems as if there is no room for error in the NHL. With the standings getting tighter every week, every team is basically forced to step up their game. Despite it only being the regular season, there are some games that feel like playoff matches.

These are my top 10 NHL teams entering week 7.

#10 Winnipeg Jets: The Jets didn’t have a bad week, but they are only listed at 10 because other teams had more impressive weeks than them or simply because they are just better than them. Winnipeg are still frustrating teams however. They have a 9-4-3 record with 21 points and the Jets currently sit in second place in the Central Division.

#9 Washington Capitals: It looks as if the Capitals are finally starting to get it together. They got off to a slow start but just needed some time to find quality chemistry. Alex Ovechkin has scored 13 goals and recorded six assists in 18 games so far this season for the Capitals. They are 10-7-1 with 21 points. Braden Holtby has been good too, but the defence needs to get it together.

#8 Pittsburgh Penguins: With a 9-7-3 record and 21 points, the Penguins seem like they are getting chances but the road hasn’t been very kind to them. Sidney Crosby hasn’t scored in 10 straight games, but it isn’t for a lack of trying. He just needs to shoot more. Meanwhile, Phil Kessel leads the Penguins with 22 points this season.

#7 Columbus Blue Jackets: The Blue Jackets had a rough week, but the win over the Detroit Red Wings on Saturday Night helped them salvage a spot in this week’s top 10. Sergei Bobrovsky continues to be the necessary backbone for this team. Cam Atkinson coming back from injury is a huge plus for this team. Columbus’s record is 10-7-1 with 21 points.

#5 New Jersey Devils: In year’s past, the Devils would have never come back from a 4-1 deficit against the Chicago Blackhawks. However, they are a different team this time around. New Jersey scored seven goals in that game and won 7-5. The Devils have scored 61 goals so far this season which is the third most in the eastern conference. They have a 11-4-2 record with 24 points.

#4 Toronto Maple Leafs: The Leafs have been without Auston Matthews for the past few games with an upper-body injury and other players are stepping up like Mitchell Marner ( 2 goals and 11 assists) and Patrick Marleau ( 8 goal, 5 assists). Toronto lead the league in goals scored with 72. However, the main concern is that the Leafs have given 63 goals this season which is the third most in the NHL. Toronto’s record is 12-7 with 24 points.

#3 Los Angeles Kings: The Kings continue to play consistent hockey which is a good thing. Los Angeles are 11-4-2 with 24 points so far this season and have only given up 41 goals in 17 games. That means they are getting quality goaltending from Jonathan Quick. (9-4-1 2.27 GAA .933 save percentage and 2 shutouts).

#2 St. Louis Blues: The Blues continue to cause headaches for opponents night in and night out. They are taking advantage of a watered-down western conference. Jake Allen (9-4-1 2.59 GAA .914 save percentage) continues to be a work horse between the pipes for the Blues. The Blues are 13-4-1 with 27 points so far this season.

#1 Tampa Bay Lightning: The Lightning’s first line comprising Nikita Kucherov-Steven Stamkos-Vladislav Namestnkiov are unstoppable right now and are playing at a championship calibre level. Tampa Bay have the best goals scored/goals against differential in the league (+25, 71 goals scored 46 goals given up) and their record reads 14-2-2 with 30 points which is the best in the NHL.